Here are five hidden messages within the final book, Harry Potter and the Deathly Hallows, and films of the must-have YA series of the early 00s.

Authors are often scrutinised for being too flippant. As the pages turn more questions seemed to be left unanswered. This leads fans to believe that the author doesn’t know which way their story is heading. This was the case for the YA fans who quickly devoured the Harry Potter books as they released.

But J.K. Rowling knew exactly what she was doing. At moments were all seemed lost, she had it all mapped out.

Rowling even left subtle clues. But we were far too engrossed in the storyline to notice them at first.

We’ve delved into the deeper meanings hidden in plain sight in The Philosopher’s Stone. But what about the other books? There are so many messages lurking within Rowling’s writing that it can be hard to keep up.

Up until his 17th birthday Harry Potter was under the protection of a powerful spell. This enabled him to live undetected as long as he remained with blood relatives.

At the end of this spell, he would need to leave Privet Drive undetected. The Order decided that each would take the polyjuice potion. Seven Harry Potters fled from Harry’s family home that night. Seven Potters to resemble the seven pieces of Voldemort’s soul which he split.

The significance becomes more poignant as Harry’s friends took the risk out of their love for him. An act to offset Voldemort’s evil intentions.

The story of The Three Brothers was a favourite part for many HP fans. It’s rare for stories within a story to work effectively. But Rowling’s brief yet descriptive count of the brothers fit perfectly.

The story describes three brothers who encounter Death, after avoiding his snare. As a cunning gift, Death gifts each brother with anything they desire. The first brother asks for the most powerful wand. The second asks for something to allow him to bring people back from the dead. The third, something which would make him invisible.

The first brother is killed by thieves who steal the wand. The second, after receiving his deceased lover, kills himself. The third brother remains invisible until he greets Death as an old man.

The motives and ultimate fate of the brothers seem to replicate some of the key characters. Voldemort was hungry for power; he relentlessly hunted the wand. But the wand betrayed him and resulted in his death. Snape spent his whole life devoted to his lost love, Lily. This led to his death. Whereas Harry greeted death like an old friend, paving the way to his victory.

3. The loss of a brother

The Battle of Hogwarts was epic. The descriptions were phenomenal. Even the cinematography of the movie resembled the book. But the film also gave something to the viewer that the book couldn’t. And it was one of the sweetest hidden meanings in the Harry Potter series.

Harry Potter caused many reactions when he revealed he was still alive. But the cameras caught the best reaction. One that many may have missed.

As a shot zoomed into the reactions of his loved ones at seeing their beloved Potter alive. George turned to his side to share the moment with his brother, Fred. As they would have done throughout their lives as twins. But the space next to Fred was empty as he had lost his life in battle. It’s a powerful shot, which I urge you to acknowledge on your next binge.

When it comes to the storyline nothing beats the written word. The imagination you conjure when reading often isn’t completely justified on screen.

Though, the final two films show something quite powerful. Each time one of the Horcrux’s demised, the screenshot to Voldemort’s reaction. But if you look closely, each time this happens his cloak appears to fade shorter. Giving the effect of Voldemort fading each time one of the pieces of his soul is destroyed.

The meaning behind the Elder Wand isn’t hidden. In fact, the wand takes part in a whole different story of its own.

The final scenes of The Deathly Hallows Part 2 show Harry breaking the wand in two and throwing it into the abyss. Though, the book gives a different ending. One where Harry uses the wand to fix his own. He then places the wand back into Dumbledore’s crypt, in the hopes that it will eventually lose its power.

This is quite significant. Firstly, it sums up Potter’s overall nature. He only uses the wand to fix his own as he feels he doesn’t need that much power. It also shows the respect he has for Dumbledore, even after he passed. After all, Dumbledore was one of Harry’s father figures from infancy.

Are there any hidden messages in Harry Potter and the Deathly Hallows we missed? Let us know in the comments below.

Read IMDB information about the Harry Potter and the Deathly Hallows movies HERE.

Coming 2 America Has A Trailer

Christmas with Disney Plus

5 Things You Missed In Bridgerton

Since its Christmas release Bridgerton has become a jewel in the Netflix crown. The series adaptation skyrocketed through the charts topping number one within weeks. It recently established itself as the biggest series launch in Netflix history. But there’s plenty that you might’ve missed in Bridgerton.

There is a lot to take in throughout the show’s first season. From a gossip columnist ruling the high society’s movements to inter-class relationships. This series is one that encapsulates regency culture. But there are quite a few visual easter eggs dotted between the abundance of corsets and jewels.

Let’s take a look at some things you may have missed throughout the first season.

SPOILERS: If you’re reading this then you’ve probably seen the show, but if not there are spoilers ahead.

1. The bee that won’t buzz off

.Often between scenes, the screen will focus on an insect flying around an open window. This is particularly obvious during the closing scene after Daphne gives birth. The bee flies away and the end credits roll. Benedict also has a bee embroidered on his shirt collar. But what does the bee signify?

There are two possibilities for this, and the clues lie in Julia Quinn’s sequel, “The Viscount Who Loved Me.” In the second book and a possible route the producers will follow for the second season, the bee is big news. It’s clear that the Bridgerton patriarch is missing, but we don’t find out why. According to the sequel, Sir Edmund Bridgerton dies from a bee sting. Could the beloved father and husband have reincarnated into a bee? Or does the bee simple signify his presence?

Another possibility points to the heir to the Bridgerton estate. Viscount Anthony Bridgeton played a vital role in the first season. And if the second book of the series is anything to go by, he could play an even bigger part in the next. Quinn’s “The Viscount Who Loved Me” explores Anthony’s struggles with his father’s death.

Anthony is well known to be one of the most notorious rakes in the ton. But it’s his father’s death that hangs over his potential for marriage. The Viscount knows love exists after watching his parents’ happy marriage. Yet, he has no intentions of falling in love himself. He is convinced that he will die young like his father. That is until a bee forces his hand in marriage to Kate Sheffield, who turns out to be his soul mate.

2. Wait, was that an Ed Sheeran song?

That’s right. Classical covers of modern-day pop songs play throughout and can easily be missed in Bridgerton.

The harmonious notes of string quartets and soft harps are common in regency films. But Bridgerton takes it one step further. Staking their claim that the series is a modern take on regency life.

Ariana Grande’s “Thank U, Next” plays out during the first ball of the season. Simon and Daphne’s rain scene is accompanied by a rendition of ‘Wildest Dreams.’

Maroon 5, Shawn Mendes and Celeste are also some of the artists used by composer Kris Bowers.

Fabrics of silk, satin and soft Chinese cloth adorned highly ranked families of the 1800s. Each family of Bridgerton displays their house colours which are always adhered to.

The Bridgerton’s colours seem to be more subdued than other families. Their colours typically include soft blues and pinks. As the prominent family of the social season their colours represent old money. Whereas the Featherington’s wish for nothing more than to show off their new fortune. Their colours and patterns are far more extravagant.

Once Daphne and Simon are engaged, both sides of the family begin wearing purple. A show of both houses coming together.

Flowers are another thematic sign you might’ve missed in Bridgerton. In particular, white roses. Usually, all white roses appear when Daphne is on screen. For example, Simon plucks a white rose for the debutante during their promenade. The two also canoodle in front of a rose bush during Lady Trowbridge’s ball.

White roses symbolise purity, innocence and youthfulness. They are also associated with young love and eternal loyalty. Both meanings link to the Duke and Daphne. Although, the irony that Simon takes away her “innocence” before an engagement is not lost on us.

We don’t find out that the infamous Lady Whistledown is Penelope until the end of the season. But there are many clues hidden along the way. Some that were no doubt missed while marathoning the show.

Penelope placed herself in all the situations she needed to be to write her columns. For example, if you look closely at Simon and Daphne’s first meet, the gossip can be seen watching.

Penelope was also part of the Featherington household, where Marina Thompson resided. Marina’s pregnancy occurred much earlier in the season than when Lady Whistledown divulged. The news only broke when Penelope and Marina’s friendship was on the rocks.

Netflix have recently announced that they will be running a second series. The date is yet to be set due to the pandemic. But no doubt fans will be waiting with bated breath to catch another glimpse of the town’s most famous rakes.

Have you spotted any more easter eggs in the series so far or things people might’ve missed in Bridgerton? What are your thoughts on the upcoming second season? Let us know in the comments below. 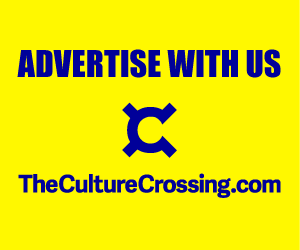 A Cheat Sheet For The Mighty Ducks: Game Changers

The Incredible Hulk Is The Best MCU Movie

The 9 Most Powerful Power Rangers Villains

The DC FanDome Wonder Woman 1984 Trailer Shows Us ‘The Cheetah’

Any cookies that may not be particularly necessary for the website to function and is used specifically to collect user personal data via analytics, ads, other embedded contents are termed as non-necessary cookies. It is mandatory to procure user consent prior to running these cookies on your website.